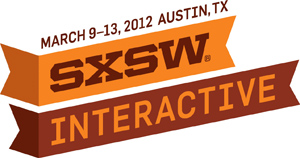 A few years ago I was sitting at the airport in Austin, laptop on lap, writing up some notes from a meeting I had earlier

that day at South by Southwest Interactive (SXSWi), the annual technology conference in Austin, TX.   I looked up from my laptop to see Chris Brogan standing there looking at me. He said something like, “You don’t look exhausted. … How’d you do that?”  Chris was making reference to the fact that SXSWi is a bit of a marathon, and many people only prepare for a sprint.

I told him how I did that.  I averaged 6-7 hours of sleep each night (which did not mean sleeping in, but rather going to bed at a reasonable hour).  I drank water at every opportunity and kept extra bottles in my bag at all times.  I also took EmergenC twice a day, every day I was there. I began this process after coming down with a nasty case of bronchitis at BlogWorld 2008.  Some people call it the conference funk.  It happens to people who get little sleep, drink too much <alcohol>, run themselves completely down, and are in close contact with thousands of other people doing the exact same thing.  In 2008, I attended BlogWorld on my own (read: not on the company’s dime) and attended a lot of the evening events.  I learned very quickly how to survive a conference like that.

So back to the airport.  Upon hearing my process, Chris said: “You should write a blog post about that.  I think a lot of people can learn from it.” I started this blog post a few years ago … and today I am rewriting and finally publishing it.

I’ve heard people refer to SXSWi as Spring Break for tech nerds.  Well, it can absolutely be that, if that is what you want it to be.  I, however, do not attend that version of the conference.  I see SXSWi as an amazing opportunity to meet thought leaders, learn about new tech startups and share and collaborate with like minded people from across a multitude of industries. I consider myself extremely fortunate to experience and learn from it.

So how do I ‘do’ SXSWi?  Well, starting a few weeks prior to the event (which if you are keeping track would be right about now), I make a list of companies I would like to meet with.  If I already have a contact at the company, I reach out and set up a meeting.  If I don’t, I log on to LinkedIn and find someone from that company.  I literally send a ‘cold call’ type note asking if that person or someone else from that company will be at SXSWi and would they be interested in meeting up.  How do I choose the companies I want to talk to?  Sometimes it is obvious — it’s the ‘hot’ social media company of the month (last year Instagram was on my list).  Sometimes it’s a company doing something digitally that could potentially intersect with what we do with digital journalism, storytelling, community outreach, etc.  For example, a few years back I had a meeting with Ben Berkowitz from SeeClickFix and upon returning shared their offerings with Gannett staffers.  Subsequently many Gannett markets started adding SeeClickFix widgets and maps to their community pages.

In 2010, among other meetings, I met with Andy Ellwood from Gowalla.  Although Gowalla has since been acquired by Facebook, that first meeting led to a partnership between Gowalla and USA TODAY on in-app travel and airport guides.  The meeting also led to a Kentucky Derby promotion with the Louisville Courier-Journal.

Unfortunately in 2011 I over scheduled myself and wasn’t able to attend too many SXSWi sessions, which are als

o an important part of the conference and can be very educational and inspiring.  For a good portion of the conference, you could have found me sitting in a corner on the floor in the registrants lounge having meetings with a variety of people.  One such meeting was with Monica Guzman, who at the time was with Intersect.  Local Gannett sites have since tried out Intersect for reporting and crowd-sourcing.

Not every meeting leads to some type of collaboration or partnership.  I’ve met with companies that are no longer in business and I’ve met with companies that had no interest in partnering with us.  I’ve also had impromptu meetups that became highlights of the trip (for example a lunch in 2010 with some editors and digital folks from the NY Times and other publications that led to an amazing discussion about digital storytelling and  journalism).

In the past, I would coordinate with other Gannett colleagues to see which panels and events people planned to attend and we would break up (divide and conquer if you will) the event as best as possible. Upon returning to work, I’d gather everyone’s notes and present back at HQ on all we learned and things we hoped to implement or experiment with as soon as possible (here is a link to a version of 2011’s presentation).

This year will be different though.  SXSWi has gotten really big … possibly too big for what it is.  And more people will be attending and more panels and sessions will be offered than ever before.  I’ve been making my list and plan to schedule meetings with a very strong focus on journalism, digital content and publishing, and j-related start-ups since my new role with Gannett is in its  U.S. Community Publishing division.  I will also spend more time this year at the panels in the journalism track, but will also attend a few sessions on completely different topics as I often find ideas and inspiration when looking to unrelated subjects.

This is the one large conference I request to attend each year and I plan to make the most of my time there.  Will you be there?  Let me know in the comments and let’s meet up.