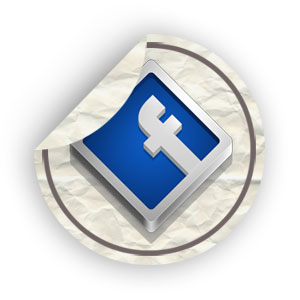 There has been a lot of commentary over the past couple months about Facebook’s new Frictionless Sharing.  Announced at their annual F8 conference in late September, the basic idea behind Frictionless Sharing is that actions you perform on the Internet —  like reading an article or watching a video — will be shared with your Facebook network, without you initiating it. In other words, without you having to click a ‘share’ button or ‘like’ button or any button.  When you first connect with a website or application that has integrated with Facebook’s Open Graph, you are asked to authorize the app.  This turns on Frictionless Sharing and viola… the sharing begins!

The controversy, however, is not unlike other debates around Facebook and privacy.  People using these sites and applications don’t entirely understand what they are authorizing the apps to do.  The authorization dialog box may say something as vague as ‘This app shares articles you have read and more on Facebook’.

People often authorize, because they want to connect news sites to Facebook most likely so they can see what their friends are reading.  Those same people are then confused when their network of friends can see they just read “Lady Gaga is Really a Man”.  I am not putting the blame on those who authorize of these apps.  Most of us don’t really read through all the information in those dialog boxes (or Terms of Service for the apps and sites we use for that matter).  Facebook has been working to improve the wording and clarity of the messaging in the dialog box, but there is a greater need for education.

A bigger concern is that just because I read something does not mean I recommend or endorse it.  I read plenty of articles that, quite frankly, aren’t worth sharing with others.  Reading doesn’t equal an endorsement… yet we have all become accustomed to seeing links in our Facebook Newsfeed that our friends have recommended or liked.  I don’t think the problem is with the Frictionless Sharing.  The real issue is that a behavior we have understood to be one thing will now suddenly be something else. Is this an issue of Facebook not properly educating its users? Somewhat. Did they over estimate that people wouldn’t really differentiate between reading and recommending?  Probably.

I like Frictionless Sharing.  I admit, I have found more articles and posts that interested me than I had in the past, because Facebook is telling me what my friends are reading.

Do I understand that these articles may in fact not be very good?  Yes, I understand it. I wonder if Facebook could do a better job at separating what users are reading vs what they are recommending.  Maybe color coding- blue for Recommended and green for Read?  🙂

Many people have said Frictionless Sharing is creepy. I definitely think twice before clicking on a headline within an app that has this feature enabled.  You don’t all need to know about my obsession with Gaga, right?

What do you think?  The comments area is for you.